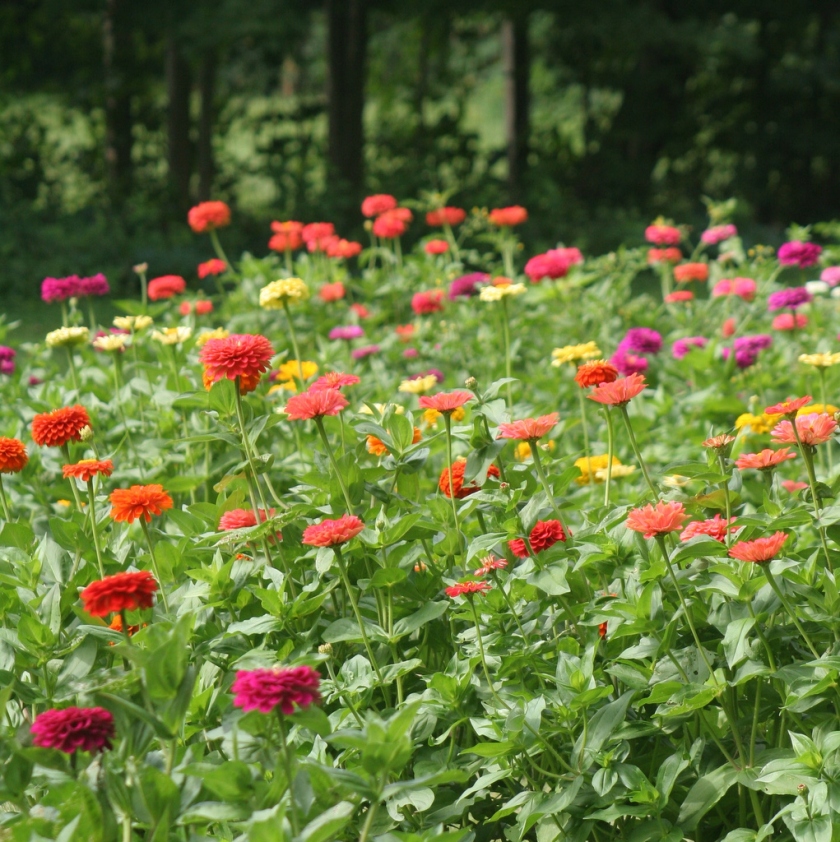 Here are this year’s zinnias.  I tried another type of seed this year, Johnny’s Giant series.  It’s the creamy yellow one.  Many of its flowers are singles and seem to go to seed faster, so I’ll stick with the Benary’s Giant series in the future.  All seeds came from http://www.johnnyseeds.com/ 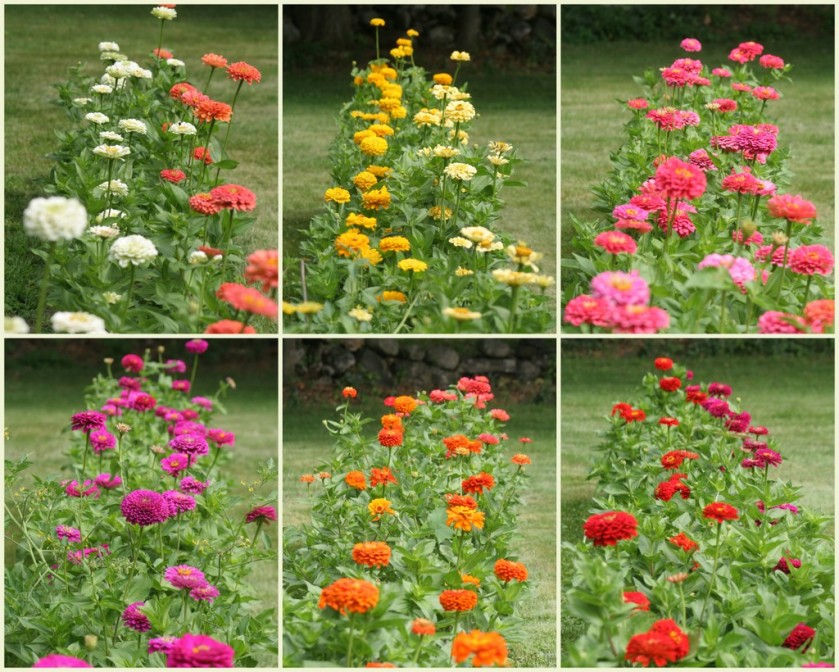 This morning the girls woke up and three of them were puffing their feathers and jumping up and down while bumping chests.  Sophie calls this “Fight Club”.  But things calmed down and I got a few good ones of Honey. 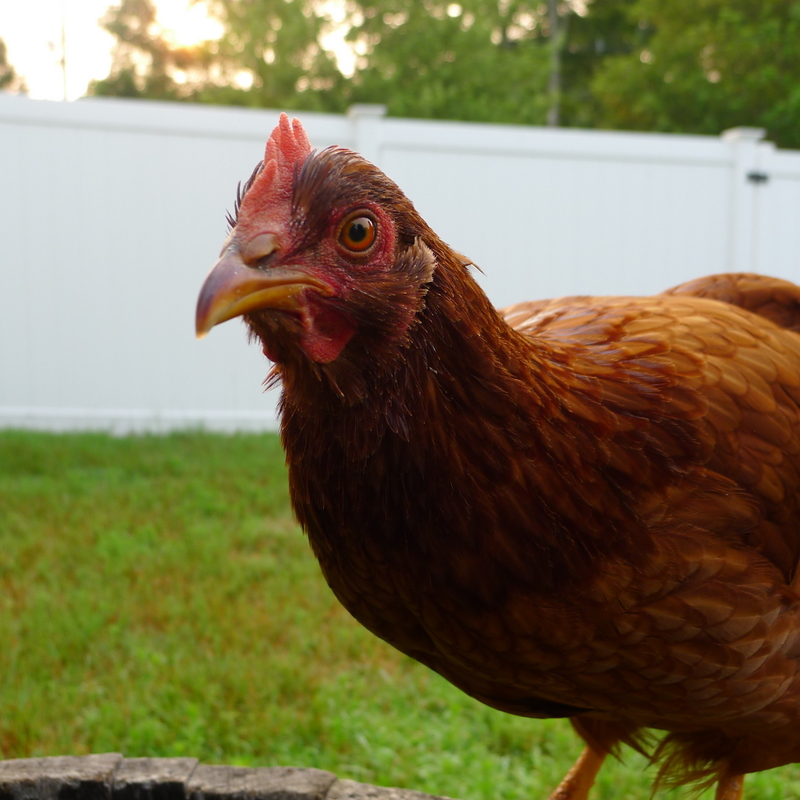 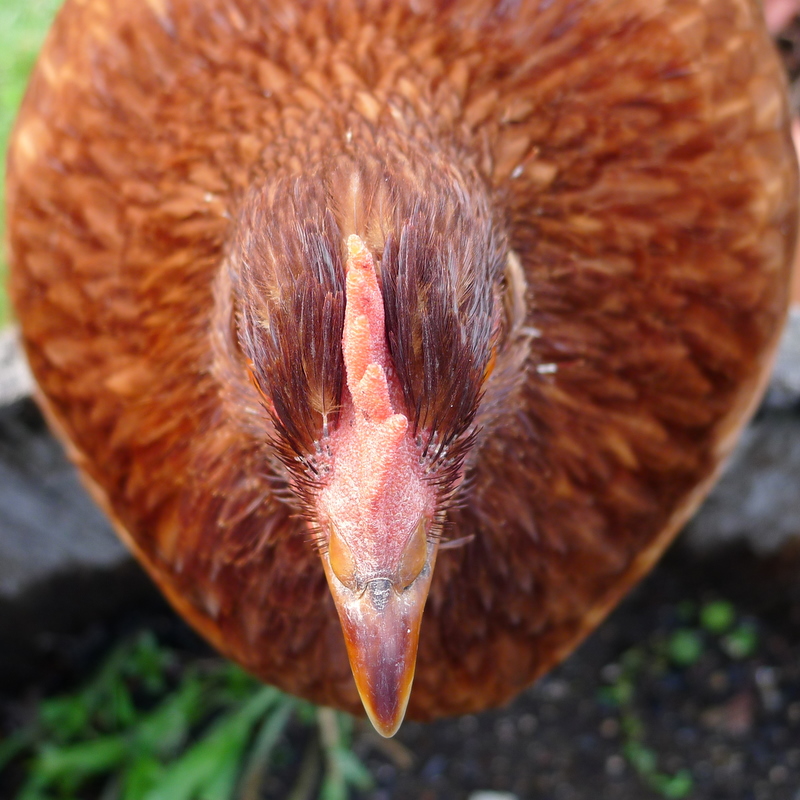 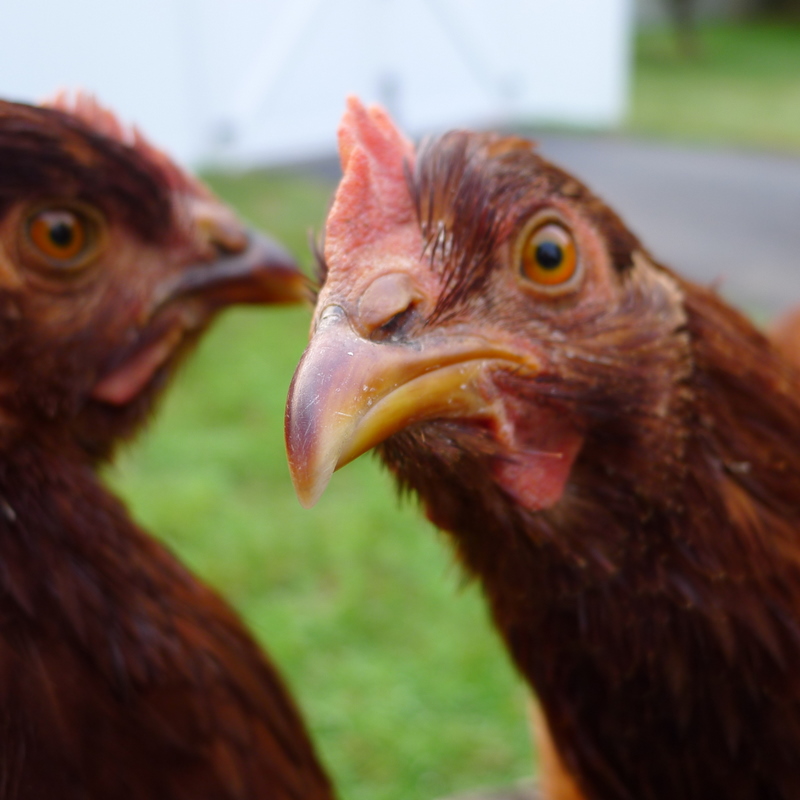 And one of the zinnias — the first flower opened just a week ago. 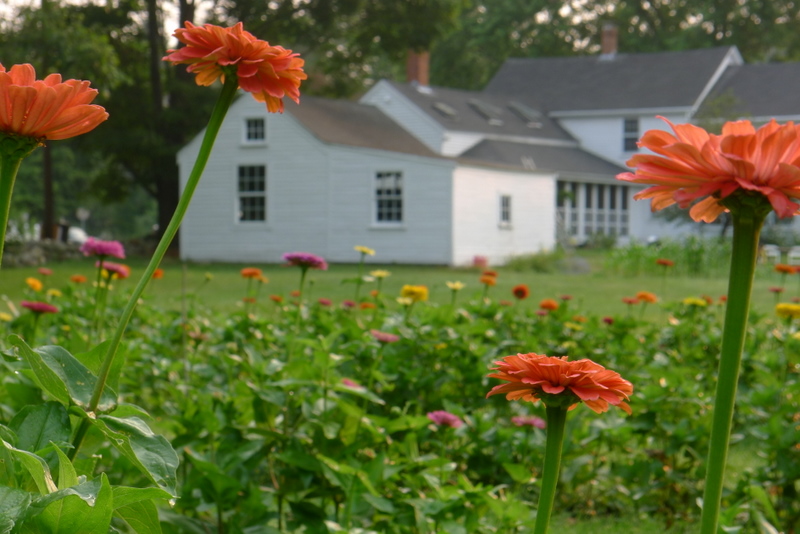 I’m too lazy to post individual photos, so here are the ones I sent to my brother Ted & niece Audrey.